This question was asked in my Quora Q&A, and the following is my response. It’s really a great question and I am surprised a lot more people don’t ask it. So why is that the case? Because there are a lot of YouTube dudes trying to get you to believe you can create your own product and have it shipped to the states from China.

In other words, a get-rich-quick scheme that ends up taking all your money. I have talked to several of these poor lost souls who spent their life saving thinking they could actually create a best-selling private label product. They were wrong of course. 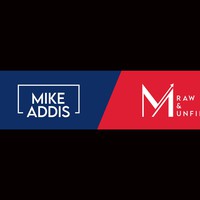 Quora Question someone asked me.

Great questions that hardly anyone ever asks, I sell other Big Brand Names like Apple, Samsung, Dell, HP, and Lenovo to name a few.

The following is one of my blog posts that sums up my position on private label vs big brand names.

Don’t create anything, just take the best and make it your own.

Don’t create anything, just take the best and make it your own. “Good artists borrow, great artists steal” Pablo Picasso. One of my favorite quotes when it comes to creating things, especially since I am not a creative guy. Like most people, I have created practically nothing, but I am very good at borrowing. So yes, even stealing other people’s ideas, creativity, and brands. It’s not exactly stealing, but it is shall we say, heavily borrowing;

What big names borrow and steal?

Making a million dollars a year is all about taking other people’s big brand names and buying their products. So then reselling to customers all over the world. In my case, 30,000 customers and counting buy my products. None of which were ever created by me.

Did Bill Gates create the operating system that made him the 2nd richest man in the world? No, he did not.

How about the other genius Steve Jobs? Did he create his operating system for Apple? The answer is no he did not. He just asked Xerox corporation if he could use theirs and they just gave it to him.

Did Mike Dell from Austin Texas create the Dell PC (personal computer)? The answer is he did not. He copied the existing IBM computer and upgraded the features faster than IBM could. So in essence, the Dell Computer was a copied version of the IBM PC. Because IBM in all their wisdom, unlike Steve Jobs, made their hardware open-source. Anyone and everyone copied them, and eventually, IBM was sold off to Lenovo destroying their very own brand.

What did Picasso do?

And finally to illustrate my point is the great Pablo Picasso. The famous quote this article starts off with great artists steal. George Braques who Picasso knew and admired actually created the art that Picasso later copied. He created 30,000 artworks, with his original idea, a copy.

What’s the point of this blog then? I have made millions selling other people’s big brand name products. I have never created anything of my own. So I buy and resell other big brand name computers, tablets, phones, and all related accessories. My only twist is selling only used refurbished products. So over the last 7 years, I have made millions in net profit while accumulating over 30,000 customers. Big brand names like Apple, Samsung, HP, Lenovo, Dell, Sony, Asus, and others over the years.

My multi-million dollar company has also used other big name brand platforms like eBay and Amazon to accomplish this task. And I have also done this in other industries too like athletic footwear and apparel using Nike, Reebok, Addis, and surfwear companies like Quicksilver and Billabong, not to mention a 50,000 shoe purchase from Vans. All internationally, easily recognizable big brands that have over a billion dollars in total adverting, promotion, and design.

Taking other people’s ideas and products and making them work for you is a wonderfully profitable business, so when people tell you the best or easiest thing to do is create your own product, they really do not know what they are talking about. The chances of creating your own product or service and succeeding according to my pals that do this for a living are around a 1% success ratio.

It’s always less risk and greater profits finding a niche that uses other big brands and buying/selling those items, than trying to be the creative genius. Even Picasso knew that and he created over 30,000 paintings and forms of art, all pretty much using other people’s creative ideas by making them his own.

Hope this makes my point of selling Big brand names vs creating your own label. Very big money if your label hits, assuming someone doesn’t knock off what you created.

Disclaimer
Please read this disclaimer (“Disclaimer”) carefully before using the Maddiscash.com website operated by Mike Addis.
The content displayed on the website is the intellectual property of Mike Addis. You may not
reuse, republish, or reprint such content without our written consent.
All information posted is merely for educational and informational purposes. It is not intended
as a substitute for professional advice. Should you decide to act upon any information on this
website, you do so at your own risk.
While the information on this website has been verified to the best of our abilities, we cannot
guarantee that there are no mistakes or errors.
We reserve the right to change this policy at any given time, of which you will be promptly
updated. If you want to make sure that you are up to date with the latest changes, we advise
you to frequently visit this page.